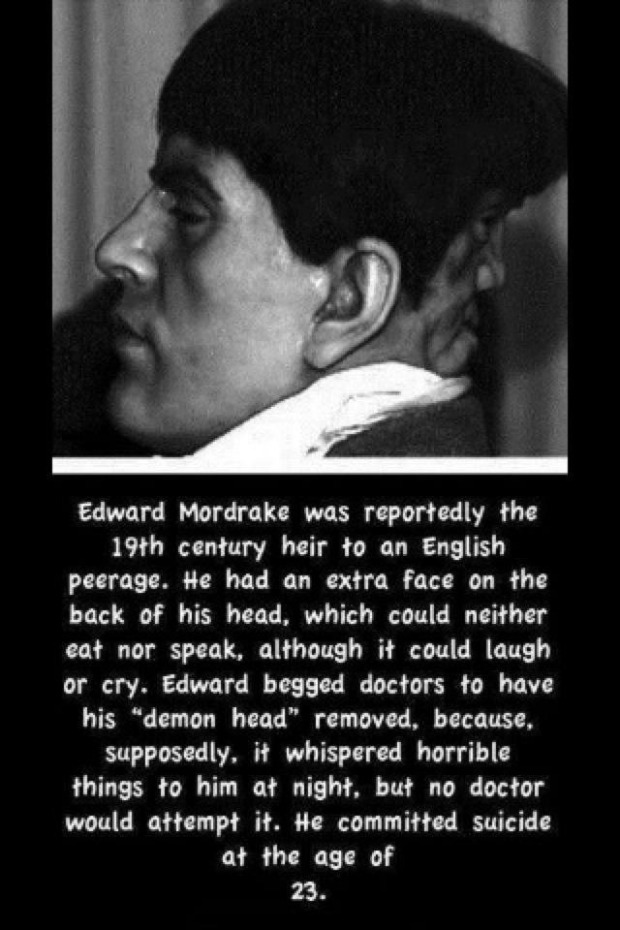 In 1895, The Boston Post published an article titled “The Wonders of Modern Science” that presented the “human freaks” who were cataloged by the British scientists which included a mermaid, lobster boy, and the famous story of a man with two faces, Edward Mordrake, who would become the viral poster boy of modern urban legends.

But this is no legend or myth. It is a real medical condition and as it has been wisely said, facts are often stranger than fiction.