Light in Extension: A Magical Journal 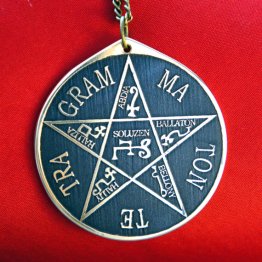 After an astounding, and very enjoyable, three weeks of work, I have finally finished crafting my version of a Solomonic Circle based on a combination of the Consecration Circle from the Clavicula Salomonis (16th c.) and the Circle from the Goetia of the Lemegeton Clavicula Salomonis(17th c.). My source materials for this project included the critical editions of both texts from Joseph H. Peterson, Renaissance manuscripts of the texts (Sloane MSS. 3091, Sloane MSS. 3548, Kings MSS. 288, and Harley MSS. 3981) and ideas from my respected colleagues in Aaron Leitch’s Solomonic group.

In this article, I would like to share how I approached the process of crafting of this Circle, why I made the decisions I did in terms of its design, and the stages through which the project unfolded from its conception to its creation. My hope is…