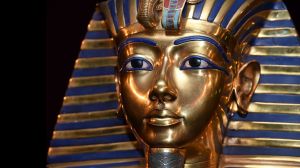 The philosophy of perfection centres upon a constellation of important ideas which can be clarified by distinguishing between three levels of reflection. First are those considerations that turn upon the relativity of perfection as a concept in the realm of time and in the world of the visible. Secondly, there are other factors which focus upon what may be called the engine or motivating power which actually makes perfection not just a concept, but a driving force in human life and evolution. The elements in this engine — imagination, illumination and devotion — are involved in the problems of relativity intrinsic to the concept of perfection and require a philosophy or metaphysics to put in perspective. Thirdly, there are those transcendental virtues (paramitas) that refer to perfection in its deepest and highest aspect: perfection in spiritual wisdom. In The Voice of the Silence the Teacher speaks of “the great Perfections three.” These are like three degrees in the attainment of spiritual wisdom.

To take the simplest level first, ‘perfection’ as a term is always relative. It is relative to a context, relative to standards set or recognized as relevant. It is also relative to expectations, and so to the dynamic and painful, contradictory and compelling patterns of human relationships. A great deal of misdirected energy goes into perfecting other people, coupled with a refusal to learn anything at all, let alone to be told anything by anyone else. This involves something tricky and even treacherous, which has a lot to do with perfectionism, fussiness and sheer bloody-mindedness. Such perfectionism, indeed, has given the very notion of perfection a bad name, making it static and tyrannical, and making the notion of perfectibility seem at best a fantasy myth in politics. No wonder, then, it is the prevailing fashion among right-wing thinkers to turn their noses against perfectibility; though few Americans would have the courage to turn their noses directly against the Founding Fathers, they will readily turn their noses against their ideas — all in the name of being Americans. This has happened before. It happened in reference to Buddha. It happened in reference to Christ. It happened, to a lesser extent, in reference to earlier Teachers like Krishna and later Teachers like Pythagoras. It certainly happened a great deal in reference to Confucius, a fact central to the history of China.

If the word ‘perfect’ is used in a relative sense, it is most meaningful when talking about the perfection of a skill or a function. Everyone can understand a functional view of perfection: mastering a craft or a musical instrument, or else summoning a certain speed, smoothness or efficiency, as when one sits before a typewriter and aims at a certain standard of perfection. This idea, however, has been infected in the modern age with a spurious precision that arises entirely out of quantification. This approach is perfectly meaningful, though somewhat illusive, at the cosmic level, but when translated into machines it gives one a mechanistic view of robotic perfection. This can enormously oppress a whole nation, such as Japan, which has become the latest entrant in the appallingly perverse drift towards mechanization in the name of progress.

Such a mechanized and quantified notion of perfection, connected with the use of machines, may allow one to speak of perfectly smooth-running machines or perfect computers. But this notion has spread so far that some people have forgotten about the deeper organic meaning of perfection, as, for example, when it is applied to the human body. The human body is still a mystery, not only to medicine but also to modern man. If perfection has as much to do with resilience, resistance and abstention as with smoothness, if it involves not doing something as much as doing something, it becomes much more than a merely functional term. If the heart or any of the human organs persistently overdoes something, that is a sure sign not only of imperfection but of disease and death. In the body, perfection consists in doing only what is needed. This applies to the brain, with its vast complex of mostly untapped centres of electricity. It is true in reference to the heart and the entire nervous system. It is crucially true in reference to the cerebellum and the sympathetic and autonomic systems and their relation to the cerebrum and the conscious process of selection. There is something about the way the process of selection works that is balanced by a sense of limit — one only selects as much as one can handle. These considerations alone yield a concept of perfection much richer than what one would find in a purely functional notion grafted onto a mechanistic picture of robots.

Nonetheless, at the root of this limited and limiting idea of perfection is an idea that anyone, even a child, can understand, and is relevant to the very highest levels of spiritual perfection. It is the idea of an art. It is the idea of judicious use. It is most readily understandable in music. One may listen to several distinctive but ‘perfect’ renditions of a great piece of music. How can there be several different perfect versions of the same piece, each communicating something different, each transmitting something distinctively new? To understand this is to pay tribute to the inexhaustible depth of music and to the potential wealth of artistic genius. But it also refers to that complex relationship between human beings and instruments matured over a period of time which enables a person to use an instrument so as to hover trembling at the limits of what is audible, and, in pregnant moments of silence, to give a sense of the deeper unstated meaning of music.

This conception is much subtler than even the organic notion of perfectibility. It involves a rich conscious relationship between subject and object. This leads one to ask what is the metaphysical basis of a view of perfection which can accommodate myriad possible views, modes and instances — in function or form, in art or music, in a leaf or a flower — without limiting or exhausting the content of possibility. In short, perfection requires assumptions not only about what actually exists but also about what is possible. In other words, there is a dialectical relation between potential and actualization. To admit this capacity to actualize unknown potential necessarily inserts a subjective element into the notion of perfection. It is therefore totally absurd to say that a human being can ever settle for an objective external view of what is perfect. If ten imperfect men befriended a ‘perfect’ woman, each would have to work out a very different relationship with her. Each would also have to revise and rethink the notion of what is perfect.

Whenever one considers a relational notion of perfection, which is to be experienced, assessed, tested, revised and rethought, one must acknowledge the element of subjectivity. To take a simple example, when one talks of a perfect meal, there is a good reason why nothing tastes quite like what one’s mother cooked long ago, and nothing in turn tastes like what one’s mother learnt from her mother. And so it goes, from the accumulated wisdom of cooking that is not transmissible through a recipe book. Cooking becomes esoteric and can never be revealed; cooking becomes exemplified. Here one is talking about one’s own experience of examples in the past, one’s own attempt to relate them to expectations and evolving standards, all of which affect one’s notion of perfection.

This much being clear, one is beginning to stand at the threshold separating the empirical, the linguistic and the semantic from the metaphysical. What, then, is the metaphysical basis of perfection? An excellent example in modern thought is provided by Leibniz, for whom there is something intrinsic in every organism and therefore in every monadic atom in every being in all the visible kingdoms. There is, in the monad, an entelechy, an intrinsic propulsion towards realization and elaboration of all that is already programmed in everything that is already potential. Because the monad is not concrete, this has metaphysical implications. The monad is not limited by reference to external physical form, nor is it psychologically bounded in reference to inward experience. It is philosophically similar to the theological notion of the soul, which was tainted by dogmatism even in the time of Leibniz, but which implies something abstract, having to do with logical possibility, and therefore something that is theoretically prior to the empirically given.

At the same time, what makes this conception metaphysically compelling is the notion of necessity attached to that which is theoretically and ontologically prior to what exists. This is a philosophical way of saying that human beings, as immortal souls, have already within themselves something which is deeper than an image, profounder than a concept, and more lasting than even an urge to perfection — something rooted in the nature of consciousness itself. Metaphysically, it concerns the relationship of the infinite richness of consciousness to the infinite variety of possible form. It does not lie in either separately, but is hidden in the relationship of consciousness to form. If this is the metaphysical basis of such a notion of perfection, it is equally important in practice. Every human being is searching for a sense of distinction between the real and the unreal, the ever-changing and the evanescent, the immortal and the mortal. Every human being is engaged in defining what is perfect and perfectible amidst conditions of limitation and imperfection.

This insight gains especial significance when seen in the light of a central metaphysical tenet of the philosophy of perfection in Gupta Vidya: namely, the proposition that all human beings are both perfect and imperfect, both immortal and mortal. Human beings are capable of a degree of creative vision and imagination in elaborating what is potentially possible. At the same time, the fullness of perfection far transcends the capacity of expression in words, in sketches or even in mathematical formulae. One can always draw a circle to circumscribe something in the mind, but there is much more that is implied in the blank space within and outside the circle. There is always a gap between what people are capable of conceiving and what people are actually capable of creating. There is a further gap between what they are capable of creating and what in fact they actually create. These two gaps are crucial to the philosophy of perfection.