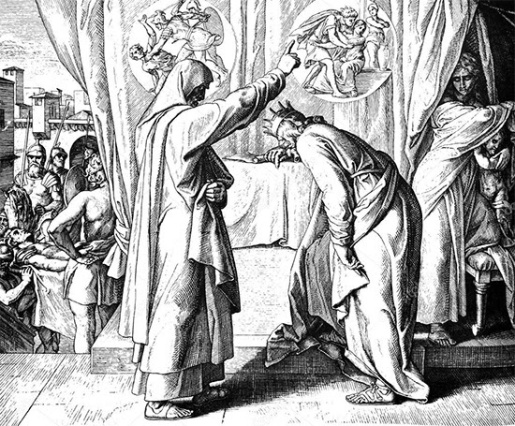 It is said that in Biblical times, many prophets lived among us: but according to the Sages, since the 2nd Temple in Jerusalem was destroyed, all prophets disappeared from the arena.

In the Babylonian Talmud, in the book Baba Batra, it says:
“Rabbi Avdimi from Haifa said, since the day the Temple was destroyed, prophecy was taken from the prophets and given to the sages.”

“Rabbi Yochanan said, from the day the Temple was destroyed, prophecy was taken from the prophets and given to fools and children.”
Many interpretations have been written about these statements, but from what we know about prophecy throughout the generations, every congregation in exile had a wise sage who knew the secrets of practical Kabbalah to which people could turn for advice and guidance in any area of life.

There were Kabbalists who could read destinies in different methods, through biblical texts, the Psalms, the Zohar, and various destiny books that were written throughout history through which the commoner could counsel and tell the future.
Among the Kabbalah books dedicated to fate reading, were: the destiny of Rabbi Haim Vital, Rabbi Saadia Gaon, Avida Riddles, the fate of the tenth, and more.

One of the famous books for fate reading is the Book of Destiny of Ahithophel, which is related to the diaspora of Yemen.
The pages of Destinies were found written in an ancient manuscript, which read:
“It is a great, well-tested and experienced secret from the sages of Israel and will tell everyone an answer to a question asked.”

Some claim that this was the destiny book used by great assemblage, who concealed it for the favor of future generations, and the book was put back to use when the Kabbalistic sages immigrated to Israel and settled in Tiberias, copied the ancient pages and added clear instructions on how and when to use it. 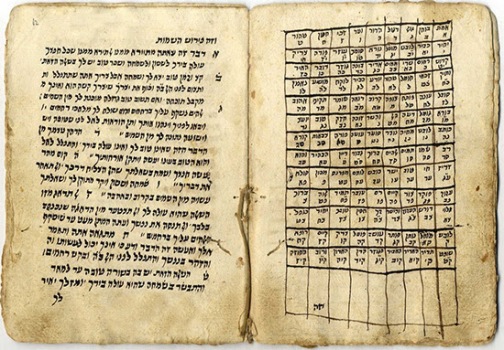 Who was Ahithophel, and did his advice bring blessing or curse?

Ahithophel was a wise counselor in the kingdom of David, and, as different resources indicate, was the grandfather of Bat Sheva, wife Uriah.
The Bible talks about his great wisdom:
“Now the counsel of Ahithophel, which he counselled in those days, was as if a man inquired of the word of God; so was all the counsel of Ahithophel both with David and with Absalom.” [2 Samuel Chapter 16]
Ahithophel’s advice was always credible and accurate, but he was suspected of conspiring to oust King David by helping Avshalom in rebellion to take over the kingdom, probably out of a desire to get revenge on David for his affair with Bat Sheva.
This is how Ahithophel and his advice have become a controversial topic throughout the ages.
In different resources, he is condemned, claiming that he acted out of impure motives and pursuit of power.
At the same time, scholars of the Kabbalah in recent centuries have taught that the destinies by Ahithophel is a wonderful, tested and experienced secret, and can be asked any question and provide a correct and trustworthy answer.

And how what does it have to do with guidance and prediction today, as far as you personal affairs are concerned?

A book of destiny by Ahithophel was compiled hundreds of years ago, written in archaic language, and answered questions that preoccupied the common man in older days.  Today, we need counseling tools that speak a simpler and more direct language that everyone can understand and associate with their personal lives.